Click HERE or on the letter below to open a PDF file. 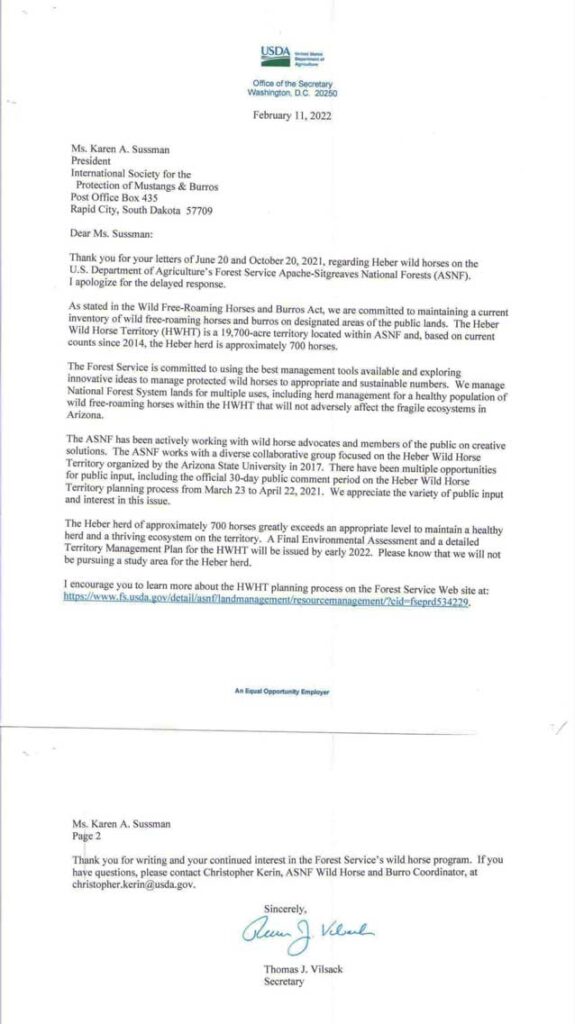 Agriculture Secretary Tom Vilsack said “no” to the study of the Heber herd! Why? (read about it in our Earth Day post)

Please call Secretary Vilsack’s office — 202-720-3631 — and POLITELY ask that he makes this unique Heber wild horse herd, a “study” herd. This is the last “untouched” herd on public lands and will transform how wild horses are managed on public lands.

Yet there is a dichotomy of the word “protection” in these two important celebrations that must be understood. While Earth Day is growing and today includes 1 billion people in 193 countries, we are fighting for the lives of the “last” of America’s wild horses and burros.

The “study" of the Heber Herd can save all wild horses by transforming the management of wild horses. IT MUST BE DONE!

There’s something important I want you to understand. If we don’t stop the Forest Service from rounding up the HEBER HERD in Northern Arizona, it is game over for all wild horses.

Why do I say this?

The Heber Herd is the ONLY remaining herd in the United States that has been left alone in its natural state for more than 15 years.

DOES DEMOCRACY EXIST for AMERICA'S WILD HORSES and BURROS in OUR COUNTRY?

In 2005, a rider was inserted into the spending Omnibus bill which began to destroy protections for wild horses and burros in our country. Senator Burns (MT-R) and Senator Dorgan (D-ND) and Senator Reid (D-N) were behind the clandestine rider. Yesterday, another insertion eliminating more protections for wild horses and burros was inserted into the Omnibus bill, which will be law until September. The Wild Horse and Burro Act of 1971 PL 92-195 passed through Congress without ONE dissenting vote.

In an ongoing effort to save the Heber Wild horses that reside in the Apache & Sitgreaves National Forest, an appeal by ISPMB’s attorney, Anthony W. Merrill of Polisinelli Law Firm in Phoenix was filed on December 23rd. ISPMB and Mr. Merrill have been active in the Heber Case since 2005 winning a stay for the horses and requiring the FS to develop a Territory Plan for the wild horses.

Please Help Us End The Genocide of America's Wild Horses 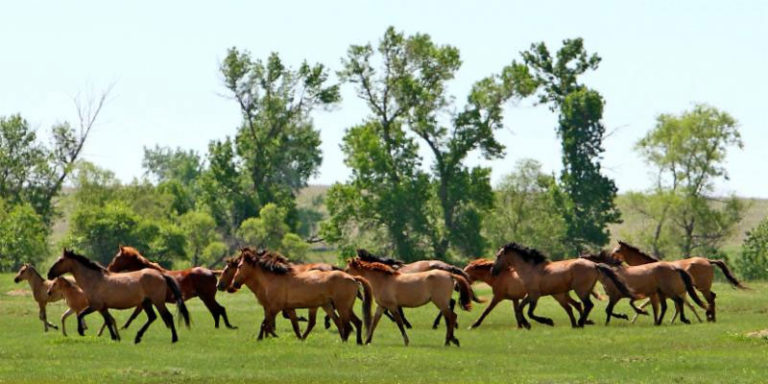 Manage Wild Horses by Behavior, Not by Numbers Reproductive rates can be controlled by BEHAVIORAL MANAGEMENT saving the taxpayers millions of dollars from unnecessary roundups.

Forest Service scraps plan to round up Salt River horses

Forest Service scraps plan to round up Salt River horses.

Rep. Matt Salmon (AZ-05) today issued a letter to the Secretary of Agriculture. The letter was also signed by Congressman David Schweikert and Congresswoman Kyrsten Sinema.

The Council Circle of ISPMB announces the passing of our beloved Vice-President, Michael Blake, on May 2, 2015 at his home in Tucson where he resided with his wife, Marianne Mortensen Blake, and their three children, Quanah, Monahsetah and Lozen who were named after historic Native Americans.

Michael has been an active participant of ISPMB since 2010 when he joined our Council Circle (Board of Directors) and worked together with ISPMB’s president, Karen Sussman whom he had known since 1991.

For years the BLM has been rounding up herds using helicopters and an irresponsible method of gathering the herd which disrupts herd structures.

ISPMB has years of study on herd structures which ultimately could help the BLM make better decisions as to how roundups should occur.

We need to keep the herds together for further study.

Below are photos captured by wildlife photographer Carol Walker during the 2008 Sand Wash round up.

Helicopter round ups not only destroy herd structures, they terrify wild horses including pregnant mares and young foals as they run for their lives!